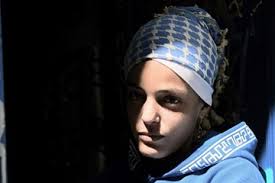 Torian Graham, the Rivals No. 5 shooting guard in the Class of 2012, has decommitted from N.C. State.

“I just feel like I made a decision too fast. I don’t feel like I gave everyone a chance to recruit me,” Graham told PackPride.com

And it’s pretty much the cream of the crop when it comes to college hoops.

Ellis, the Rivals No. 8 power forward in the Class of 2012 out of Wichita (Ks.) Heights, lists Duke, Kentucky, Kansas State and Kansas.

L.J. Rose’s recruitment has been complicated on at least two occasions.

At first, North Carolina was his top choice but fellow point guard Marcus Paige committed to the Tar Heels before Rose could.

Then Rose was mulling Texas and UCLA, but Dominic Artis pledged to the Bruins, mucking the waters even further.

“Texas is my leader right now,” the 6-2 senior-to-be at Houston Westbury Christian said by phone

Andre Drummond has about three weeks to decide.

There has been plenty of time for him to consider where and how he will spend the 2011-12 school year, but the 35-second clock on that choice is about to expire.
Andre Drummond is one of the top players in the class of 2012 -- if he stays in that class. (Chris Williams/Icon SM)

In late July, he told Sporting News he could enroll in college this year or spend another year in prep school. Well, none of the universities on his reported list – Connecticut, Pitt, Duke, Georgetown, Louisville, North Carolina -- starts classes later than Aug. 29. He’s got to hustle.

Friday, he told SNY.tv’s Adam Zagoria “the plan” is for him to return to St. Thomas More in Connecticut for another year in prep school. Jere Quinn, the coach at that prep school, has expressed skepticism to Zagoria about the prospects of Drummond returning.

If Drummond does spend another year in high school, it’ll be interesting to find out why.

Currently listed as the No. 1 prospect in the 2012 recruiting class, Drummond, who is 6-11, 265, would be the best freshman center in college basketball if he were to enter this year.

When asked in July about whether Drummond might spend the year in prep school and then attempt to enter the 2012 draft – presuming the age limit rule remains the same – he answered that he didn’t want to take any options off the table.

If bypassing college to enter the draft were to be the reason to stay in prep school this year, however, it would be a mistake on two levels.

First, there is no guarantee the age limit rule will remain as is, at 19 years and one year removed from high school graduation. Commissioner David Stern has advocated pushing that to 20 years, and it seems plausible at this point that the owners’ side will get a lot of what they want in these negotiations.

Second, there is no long-term upside to a player with Drummond’s gifts trying to skip the college step. It would only leave him at a disadvantage to those players who are college-trained once he begins competing in the league. He still would be drafted on his potential -- and thus in a coveted position – but there’s no reason to believe a year of college basketball would damage his standing.

In fact, moving on to play college basketball now would be the first step toward answering one of the major criticisms about Drummond’s play: that occasionally he is too casual about competition. Choosing to dunk on high school kids for another year isn’t going to assuage any doubts in that area. Playing in the Big East or ACC would present plenty of opportunities to show he is coachable and capable.

It’s possible there are reasons beyond basketball for why Drummond is considering another year in prep school. It’s hard to know, because although he's an uncommonly thoughtful young man, he has been uncommonly private about his basketball future.

In an interview Friday from the adidas Nations tournament, Drummond admitted to Sporting News’ Brian McLaughlin he grew up a UConn fan but said he has purposely remained silent the past two years about the direction he intends to follow.

"That's one of the things I wanted to do, so I didn't start drama," Drummond said. "I think it was just better to be silent until then about who I'm interested in. You see, some kids, the college coaches are calling them at all hours of the night, saying the same thing over and over again. If I just shut the whole process down, it would be more smooth sailing for me. I think the coaches might respect the fact that I don't want to be like some kids. They respect that I'm not always ready to talk."