HOUSTON -- Houston will once again play host to a constellation of the world's brightest stars as it has been selected as the site of NBA All-Star 2013, the NBA announced today.

The 62nd NBA All-Star Game will be played on Sunday, Feb. 17, at the Toyota Center, which will also host the NBA Rising Stars Challenge and NBA All-Star Saturday Night presented by State Farm. NBA All-Star Jam Session, the hugely successful interactive basketball celebration, will be held at the George R. Brown Convention Center.

"Houston is a spectacular sports city, and for one week it will be the basketball capital of the world," said NBA Commissioner David Stern. "NBA All-Star is a magnificent celebration of our game, and I want to thank the city and the Rockets for welcoming us once again."
The 2013 game will mark the third NBA All-Star celebration in Houston. The city also hosted the event in 1989 and in 2006.

"I am thrilled the Rockets and the City of Houston have once again brought NBA All-Star to Toyota Center," said Houston Rockets owner Leslie Alexander. "The All-Star Game showcases the best basketball players in the world and will allow our great Rockets fans and the entire community the opportunity to once again experience the best that our league has to offer. The 2006 All-Star Game in Houston was a tremendous success and we plan to set the bar even higher in 2013. We take great pride in Toyota Center's standing as one of the premier venues in the country and are honored to be the first arena in Texas to host the game for a second time."

"I want to thank the City staff, Houston Rockets Owner Leslie Alexander and the Houston/Harris County Sports Authority for all the work that went into bringing this world premier sporting event back to Houston," said Houston Mayor Annise D. Parker. "Houston knows how to show visitors a good time and we can't wait to pamper NBA fans with our southern hospitality and charm. You could spend 365 days in our city and still not experience everything this town has to offer. We are alive with talent, rich in diversity and just downright full of fun. I wish the NBA and all of its fans an unforgettable stay in Houston."

Karl "The Mailman" Malone delivered an MVP performance in 1989, finishing with 28 points and nine rebounds as the West defeated the East, 143-134 at the Astrodome. His Jazz teammate John Stockton made a few deliveries of his own, finishing with 17 assists, including an All-Star Game record nine in a single quarter, to lead the West to victory.
In 2006, LeBron James became the youngest player to capture All-Star MVP honors. James finished with 29 points as the East overcame a 21-point third-quarter deficit to edge the West, 122-120.

NBA All-Star competition will get underway on Friday, Feb. 15, as the league's top rookies and second-year players square off in the NBA Rising Stars Challenge. The following day's festivities will feature NBA All-Star Saturday Night presented by State Farm, an all-inclusive skills showcase comprised of Haier Shooting Stars, a competition featuring NBA and WNBA players, and NBA legends; Taco Bell Skills Challenge, a contest of top guards working against the clock to complete a series of passes, free throws, layups and agility drills; the Foot Locker Three-Point Contest, a long-standing staple of the evening; and the ever-entertaining Sprite Slam Dunk contest.

The NBA will continue to celebrate its tradition and commitment to social responsibility during NBA All-Star 2013 with a schedule of NBA Cares events. NBA Cares will partner with schools, government, and local nonprofit organizations in Houston and surrounding areas to highlight the league's grassroots and community initiatives that reach millions of young people and their parents while providing critical resources to community-based programs.

One of the event's most popular attractions is NBA All-Star Jam Session, which will be held at the George R. Brown Convention Center. At Jam Session, fans can have the once-in-a-lifetime experience of participating in the NBA All-Star excitement, with the chance to meet and collect free autographs from NBA players and legends. Jam Session is nonstop basketball action, as fans can shoot, slam, dribble and drive all day; compete against their friends in skills challenges; or get basketball tips from NBA players and legends. Young fans can hang out at Kids Zone -- with hoops and interactive activities that are the perfect size for kids' slam dunks, three-pointers and jump shots. For fans who want NBA entertainment, Jam Session features the NBA's favorite players, mascots, dance teams and celebrities as they hit Center Court in a variety of basketball competitions, including the NBA All-Star Practice and the Sprint NBA All-Star Celebrity Game. NEW YORK -- For the first time, State Farm All-Star Saturday Night will feature a new format that pits the Eastern Conference against the Western Conference in a night of competition that will raise money for charity, the NBA and State Farm announced Thursday.

State Farm All-Star Saturday Night, an all-inclusive skills showcase, will take place on Saturday, Feb. 16 at the Toyota Center in Houston and will be televised live by TNT at 8 p.m. ET. The event consists of the Shooting Stars, a competition featuring NBA players, WNBA players, and NBA legends; the Taco Bell Skills Challenge, a contest of top guards working against the clock to complete a series of passes, free throws, layups and agility drills; the Foot Locker Three-Point Contest; and the Sprite Slam Dunk contest.

During NBA All-Star 2013, the NBA will continue to celebrate its tradition of and commitment to social responsibility with a schedule of NBA Cares events. NBA Cares will partner with schools, government, and local nonprofit organizations in Houston and surrounding areas to highlight the league's grassroots and community initiatives that reach millions of young people and their parents while providing critical resources to community-based programs.

About State Farm:
State Farm and its affiliates are the largest provider of car insurance in the U.S. and are a leading insurer in Canada. In addition to providing auto insurance quotes, their 17,800 agents and more than 65,000 employees serve 81 million policies and accounts -- more than 79 million auto, home, life and health policies in the United States and Canada, and nearly 2 million bank accounts. Commercial auto insurance, along with coverage for renters, business owners, boats and motorcycles, is also available. State Farm Mutual Automobile Insurance Company is the parent of the State Farm family of companies. State Farm is ranked No. 43 on the Fortune 500 list of largest companies. For more information, please visit http://www.statefarm.com or in Canada http://www.statefarm.ca.

Ya no habrá partido de rookies vs sophomores?

BBVA Rising Stars Challenge features the brightest young stars from the Rookie and Sophomore classes battling it out. 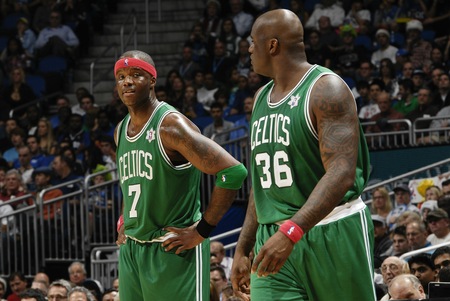