The Magic drafted Bamba with the sixth overall pick in the 2018 draft, just one spot after the Hawks nabbed Trae Young. Bamba entered the league with plenty of promise. As a freshman at Texas, he averaged 12.9 points, 10.5 rebounds, and 3.7 blocks per game. At the combine, scouts' jaws hit the floor when he measured in 7'1 with a mind-boggling 7'10 wingspan (breaking the combine record previously held by Rudy Gobert). Although he primarily remained anchored in the paint in college, his soft shooting touch led many to believe he'd be able to expand his range in the pros.

However, Bamba has failed to live up to expectations early on. He missed the second half of last season after undergoing surgery to correct a stress fracture in his left tibia. He's started just one game for Orlando since being drafted and has only two career double-doubles. This season, he's shooting just 41% from the floor and 50% from the FT stripe. It's also important to note that Orlando inked starting center Nikola Vucevic to a four-year, $100 million contract this past offseason. Unsurprisingly, Orlando has let it be known they would make Bamba available in trade talks for the right price. Even with Vucevic sidelined since November due to a high-ankle sprain, Bamba has been unable to crack the starting lineup, as Orlando has opted to start Khem Birch at center since Vooch went down.

The Knicks already have their "center of the future" on the roster in Mitch Robinson, but it certainly wouldn't hurt to ask what it would cost to acquire Bamba, who is a native New Yorker, born and raised in Harlem. If Orlando is in the market for a more reliable, established big man that can contribute right away and into the postseason, the Knicks certainly have the means to accommodate them.

Back in October, I discussed why a trade between Sacramento and New York might make sense for both organizations after Bogdanovic and the Kings did not agree to an extension. The cliff notes version is this: The Kings have signed Buddy Hield a four-year, $94 million extension, Harrison Barnes to a four-year, $85 million deal, and will shortly have to shell out major money for De'Aaron Fox and Marvin Bagley III. Thus, Sacramento may unable/unwilling to match the offer sheet Bogdanovic (a restricted free agent) eventually signs this summer, especially considering that the 2020 free-agent crop is remarkably shallow, and Bogdanovic will be one of the most promising players available.

From a New York perspective, Bogdanovic would be an excellent fit on the Knick rebuilding roster, as they remain in desperate need of 3-point shooting. At 27, and in the heart of his prime, Bogdanovic is averaging career-highs in points (14.2), assists (4.2), steals and made 3-pointers (2.6) per game this season. The only downside in parting with valuable assets to obtain Bogdanovic is that New York would feel pressured to re-sign Bogey at all costs, even if he received a massive offer sheet on the open market.

Like Bogdanovic, both Beasley and Hernangomez were extension-eligible players that did not sign new deals prior to the start of the 2019-20 campaign. As a result, both players will be restricted free agents next summer.

Denver has remarkable depth on the wing and at forward. Eight Nuggets are averaging over 16 minutes and at least seven points per game. As a result of this enviable surplus of talent, players such as Beasley and Hernangómez sometimes find themselves on the outside of the rotation looking in.

Despite a raw offensive game, Smith was considered one of the most explosive and dynamic athletes in the 2017 NBA draft and went off the board in the middle of the first round. However, due to injuries and ineffectiveness, he's appeared in just six games in his NBA career. Might the win-now Sixers be willing to cut costs and parts ways with Zhaire in exchange for a player that can provide an immediate return.

Another athletically intriguing prospect, Giles has been unable to stay healthy since Sacaremnto snagged him at with the 20th overall pick back in 2017. He sat out the entire 2017-18 season before making his debut the following year. However, Giles has been unable to make a significant impact on the floor. As a result, the Kings threw in the towel, deciding not to pick up their fourth-year team option on Giles' rookie scale contract. Still just 21 years old, he has appeared in seven games this season.

Robinson is another high draft pick buried on the bench of a contending team with surplus depth. The Clippers drafted Robinson with the 13th pick of the 2018 draft. He had spent three years at BC and was considered "pro-ready" upon entering the league, but hasn't been able to carve out consistent minutes in LA. Robinson averaged 20.7 points, 3.6 rebounds, and 3.3 assists per game during his final season at BC, but has been inefficient offensively in the NBA (shooting just 37% from the field, 30% from downtown and 58% from the FT stripe over 53 career appearances).

It seems highly unlikely the Knicks and Nets would discuss, let alone consummate, a trade. However, Musa has failed to live up to expectations in Brooklyn. A first-round selection in 2018, Musa has posted a putrid eFG percentage of 36.7% in 18 appearances this season. Kurucs was a valuable contributor for last season's playoff squad in BK, starting 46 games and averaging nine points, but has fallen out of the rotation entirely in 2019-20.

As a restricted free-agent last July, Exum agreed to a three-year, $33 million contract extension with the Jazz even though he was recovering with a partially torn patellar tendon in his right knee. Exum missed the first 12 games of this season, before returning to game action in mid-November. Yet, despite being medically cleared, he is averaging fewer than seven minutes a night over Utah's past ten games.

If the Knicks wanted to go in a different direction altogether, they could kick the tires on Russell and see what the Warriors might be looking for in a potential deal.

Injuries have decimated the Blazers' already thin frontcourt. After parting ways with Al-Farouq Aminu, Enes Kanter, Jake Layman, Meyers Leonard and Maurice Harkless in the offseason, Portland was counting on Collins to step in and step up in 2019-20. Unfortunately, Collins dislocated left shoulder just three games into the season. Jusuf Nurkic is expected to remain sidelined until February due to a leg fracture. And, just last week, Rodney Hood suffered a torn left Achilles. Might the Blazers', who advanced all the way to the Western Conference Finals in 2018-19, be willing to move Collins for a protected pick and a proven, healthy frontcourt contributor?

The Golden State Warriors are $6 million away from the tax line and successfully getting below it would save them approximately $10 million this season plus approximately $34 million in repeater tax penalties for 20-21. Golden State's payroll for 20-21 could reach $175 million or more based current estimates.

The Warriors could trade Kevon Looney, who makes $4.4 million then also waive Marquese Chriss before his guarantee date in January and then also unload the $2.1 million contract of Willie Cauley-Stein.

The Warriors have a major financial incentive to clear salary in what has become a "gap season".

Once a knick always a knick. 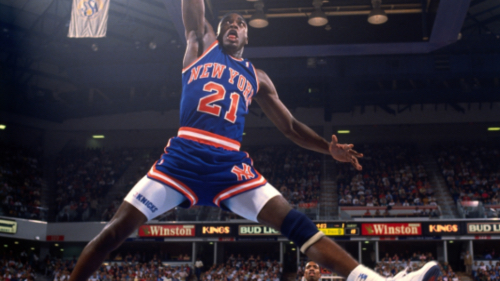 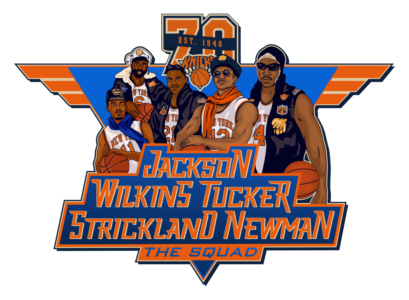 Once a knick always a knick.