Jerami Grant is expected to opt out of his player option, league sources told Mike Singer of The Denver Post.

Grant would earn $9.3 million next season if he opted in, though sources say he could command up to $16 million this offseason.

“I’m definitely looking forward to it. We’ll see how it goes," said Grant, when asked about his offseason plans following the Nuggets' playoff exit.

The Nuggets will shed more than $44 million from their cap this offseason, with Paul Millsap and Mason Plumlee's contracts expiring. 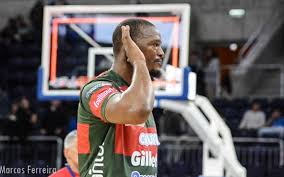 Newsday's Steve Popper made sure to point out that Ball's interview with the Knicks also came before the NBA Draft lottery took place, where the Knicks fell two slots to No. 8 overall.

If the Knicks decide they wanna part with the 8th pick and trade to acquire a “Star” which player do you think that pick could potentially get?

1- I don’t think the Knicks would have any issue parting with the 8th pick for the right player.

2- I don’t think such a player exists on the market right now.

3- If you’re forcing me to name the best player who I think they could get with the eighth pick, the two names who come to mind are Buddy Hield and John Collins.

Collins isn’t someone I’ve written about before, mostly because he’s always struck me as a guy who may not be terribly helpful to winning basketball games, and there have already been reports out there that he’ll want the max. Collins simply isn’t the level of shot creator, floor spacer or rim protector to command that type of money (even if he does show varying shades of all three).

If the Knicks were going that route, I’d rather they just took Obi Toppin, who is a slightly younger and much cheaper version of Collins. But I’d prefer them simply drafting whichever of Hali/Vass/Okoro drops to them over either of those options.

As for Buddy, my issue with him is that he already commands the hefty deal that Collins is looking for - $94 million over the next four seasons - and I have similar questions about his overall impact. Although he’s one of the elite shooters in the game today, I just wouldn’t be able to get behind giving up the chance to draft an impact player who is slated to make about a fifth of Hield’s contract over the next four seasons for the right to find out if New York is the place where Buddy’s impressive shooting numbers start leading to wins.

A decade before Devin Vassell barely made the list of top-ten high school prospects in his own state, let alone a dent in the national recruiting scene, another lanky wing on the other side of the country was the victim of similar disinterest from big time colleges. He wasn’t nationally ranked, was 20th in his own state, and as a result, ended up staying close to home.

Also like Vassell, the wing ended up staying in school for two years to build up his draft profile. He went from a fringe draftable guy to a first rounder to a legit lottery pick by the big night.

But before that, while he was still at school, the wing became just the third 1st or 2nd year player ever to average at least one block and one steal per game while also putting up at least 100 threes with a 41 percent conversion rate or higher. Thanks to his promising two-way play, the kid that nobody wanted ended up becoming a top-ten selection.

A decade later, Paul George has played more minutes, scored more points, and accumulated more win shares than anyone else in his class. Not bad for a 3 & D guy.

Looking back, the five-time All-NBA forward is as good an example as any of why you don’t need to tank to acquire superstar talent…if you have a scouting and development staff to make the most of the draft. As Miami is set to kick off the NBA Finals with their four leading scorers having been drafted 13th, 14th, 30th and 45th overall, the Knicks know that November 18 is the first day of the rest of their life.

George, Kawhi, Giannis, Devin Booker, Domantas Sabonis, Donovan Mitchell and Bam Adebayo (and to a lesser extent, but still notable, Shai Gilgeous-Alexander, Michael Porter Jr and Tyler Herro) are all franchise-altering talents that have been drafted between 10 and 15 in the last decade. The odds are strongly in favor of a player of that caliber being available when the Knicks are on the clock.

If you were to create a list of guys who might still be on the board at eight and are likeliest to elicit a “how the f—- did he ever last that long” reaction in a few years, names like Onyeka Okongwu (Bam), Obi Toppin (Amar’e), Isaac Okoro (Jimmy), Cole Anthony (Kemba) and Tyrese Maxey (Mitchell) are probably near the top. On the opposite end of the spectrum, Vassell is seen as the safe choice. That’s partly why he’s so endeared himself to Knicks fans who just want a pick that won’t flop.

Perhaps this is selling him short though. Getting back to the seemingly absurd PG13 comp, here’s the entire list of NCAA freshmen and sophomores who have averaged a steal and a block (0.9 blocks actually), attempted 100 threes and hit at least 41 percent of them in a single season:

If you take out the three players who went to lesser schools (and thus faced easier competition), it’s not a bad list.

Knicks will have their final group workout tomorrow - but individual workouts will resume for players in the bubble (who remain) until Oct. 6.

Tom Thibodeau noted that Julius Randle came to NY early to work with Knick coaches before Phase 1 individual workouts began last month. Thibodeau said Randle arrived in great shape and is a 'pro's pro.' 'Having that type of leadership is important to our team," Thibodeau said.

"I just want him to concentrate on improvement...there's a lot of things he can do well"

According to @ScoopB, the Lakers, Knicks, Mavs, Suns, Raptors, Nets, and Timberwolves are reportedly interested in Victor Oladipo.

Tyrese Haliburton said he’s only interviewed with three teams, including the Warriors and Knicks.

Tyrese Haliburton on the Knicks:

"I like the Knicks' roster, I think they are an up-and-coming team"